After delaying shipment of its flagship smartphone Galaxy Note 7, Samsung is set to recall all of the Note 7s that have shipped in its home nation and abroad as problems have been traced to the battery.

Earlier this week, Apple was ordered to pay a record sum of 13 billion Euros plus interest after the EU said Ireland illegally the iPhone maker's tax bill.  At the time, Apple CEO Tim Cook called the accusations "baseless."  Since then, a war of words has developed between Cook and Europe's competition chief.

Tech Radio host Kent Osborne and "The Computer Guys" discussed these topics and several others in this episode.  Osborne was joined by Jeff Litterick, John T. Meyer, Amos Aesoph and Joel Broveleit. 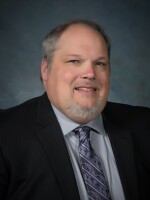