It was a strange Thanksgiving.

We didn’t cook a turkey. Or dressing. Or potatoes and gravy.

Mary made a pumpkin pie, from fresh pumpkin. And she made some Susan Stamberg cranberry relish. NPR’s Stamberg has been highlighting it — or at least mentioning it — around holiday time since she learned it many years back from her mother-in-law.

Inspired by Stamberg, and the taste of the relish, Mary has been making it each Thanksgiving for more than 30 years.

That tradition, she decided, could not and would not be defeated by a breakthrough COVID infection and 10 days of isolation, to one degree or another for both of us.

As luck would have it, that 10th day was Thanksgiving. So I suppose we could have pushed it and showed up at a stepson’s house. We didn’t think that would be wise. And nobody argued.

Instead, they dropped off a wonderful assortment of food Thanksgiving Day afternoon. So we had a traditional holiday meal, even if the setting — the two of us, still staying a COVID-safe distance apart — was hardly traditional.

COVID has disrupted a lot of traditions. And it sure could have been worse for us.

Mary has no idea where she picked up the virus. She was fully vaccinated early last year. Earlier than I was, since she was working still at Catholic Social Services, a counseling agency, and qualified for earlier vaccinations.

Yes, she was vaccinated, but …

So her second shot of the Pfizer vaccine was probably nine or 10 months old by the time she got in to get her booster shot. In what appears to be a really bad coincidence, she must have been infected around the time she got her shot. More than likely a day or two before.

A COVID test I bought at a drug store indicated she had the virus. That was confirmed by a clinic test. By then I had moved down to the downstairs den to sleep. And we both took the caution around each other that we had started using when she started to feel poorly to a new level. We slept separately. We ate separately, using the kitchen at different times. And when we were anywhere near each other — in the same room — we wore our KN95 masks.

After a few days, we needed contact enough that one of us would be masked and fixing food in the kitchen while the other, masked, would be sitting in the dining room or living room, 15 feet away. We just needed to talk, even at a distance, through our masks.

It was a strange sort of isolation for both of us, something many people have experienced in families during this pandemic.

We were alone together in our house.

Once Mary got over the worst of her symptoms, she could resume reading Hamilton, watch as much TV as she felt like and spend time on her cell phone, reading news updates and checking out Facebook sites of family and friends.

My options were more limited, because of my ongoing ailments that cause headaches, dizziness and nausea, and great eye sensitivity, all of which get worse when I write or try to read or watch much TV. So I watched a little TV. I spent a little time on the computer or my cell phone. I wrote a little bit. But all limited.

And the magnified motion sensitivity that came with the other symptoms seven or eight months ago also means I can’t wander the Black Hills or the plains in my pickup like I used to.

Thanks heavens for public radio

So I took two or three walks a day. And I spent the early parts of Mary’s isolation holed up in the downstairs den, listening to public radio a lot, watching TV a little and writing when I could. All to the racket caused by a main-floor bathroom reconstruction project that had been scheduled months earlier to begin last week.

We warned the workers that there was COVID in the house. But they were sealed away from us anyway with thick, floor-to-ceiling plastic. And they entered their work space through a separate door from the other two doors we used.

I could go out, my in-family doctor (son Casey) advised me, to pick up essentials, as long as I wasn’t experiencing symptoms, masked up (which I do anyway) and kept my distance from others.

Otherwise, I was in my part of the house trying to find some entertainment, while Mary was in hers.

What I missed most during our shared period of individual isolation was meals with Mary, and especially the conversation before and after. I missed the evening meal in particular, where we light candles and make it a bit of a celebration.

Thankful my shots and the booster did their job

I was also grateful that, as near as I can tell, I didn’t catch COVID from Mary. I haven’t felt any signs. Certainly I was exposed, since medical experts say people are generally contagious a couple of days before showing clear symptoms. In those days when Mary was contagious but we didn’t know she was infected we slept in the same bed, ate at the same table, prepared food next to each other and sat near each other on the love seat in the living room.

I can only assume the two Pfizer shots I got last spring — one Feb. 22 and the second March 15 — plus the booster I got a month or so ago did their job. I’m grateful for that. And I urge those eligible for a booster to get it. I also urge those who aren’t vaccinated to get the shot, start the process of protecting yourself and others.

I assume that, while Mary apparently got her booster too late to help fight off her unfortunately timed infection, the earlier shots did theirs. While not preventing a breakthrough infection, they did prevent her from getting sicker than she did, and possibly ending up in the hospital.

Instead, she had a telemedicine appointment, was prescribed steroids and other treatments, including Vitamin D3 pills. And she came around quickly.

She’s back nearly to normal now, which we celebrate.

COVID can come back, of course. Symptoms can develop later, or linger. So we’re not assuming anything beyond the fact that she’s feeling much better. And we both celebrated one recent morning when she got a text from the state Health Department saying she was released from isolation.

Of course, DOH was notified of her infection and, based on when she started showing symptoms, determined her 10 days of isolation. We were both happy when they were over so we could get back to what has become our normal schedule.

The best part of which, I think, is that evening meal by candlelight. 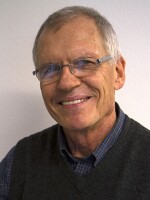 Kevin Woster
Kevin Woster has reached the age where he ought to know better. He married for a former reporter, Mary Garrigan and between them have six kids and 15 grandkids. Kevin grew up on a farm northeast of Reliance, where his respect for farmers and ranchers and love for hunting and fishing were born and fed. Kevin wrote his first newspaper story for the Chamberlain Register in 1973 and touched off a career in journalism that took him to the Brookings Register, Sioux Falls Argus Leader and KELO TV, as well as freelancing for outdoors and ag magazines. He’s covered agriculture, national and state politics, natural resources and the outdoors and worked 15 or 16 legislative sessions — including stints for both Journal and the Argus as capital bureau reporter. Kevin began blogging in 2004, beginning with Bill Harlan and Denise Ross on Mount Blogmore at the Rapid City Journal.
See stories by Kevin Woster